We proved the effectiveness of our power monitoring scheme when we reduced the estimated fuel usage for the star-studded naming ceremony of MSC Bellisimo by almost two thirds through effective project management and power monitoring.

The star-studded event was organised by Filmaster Productions and held at a shipyard in Southampton over the weekend of 1st – 3rd March. Power Logistics delivered a sustainable and effective power solution for the production compound, crew catering, technical aspects of the show and the huge temporary structure where the naming ceremony was held, along with site illumination for the duration of the build and breakdown period.

Utilising our load demand system on this event, we ensured that the correct sized generators were deployed, with the project manager taking the decision to use smaller sets only during the early stages of the build. This coupled with continual monitoring of loads and timings ensured reduction in fuel consumption from an initial estimate of 26,000 litres to just 8,500 litres.

The naming ceremony of MSC Bellisimo is a perfect example of how great project management coupled with effective power monitoring can deliver significant results. The Power Logistics team was able to reduce the event’s carbon footprint and ultimately significant cost savings. This gives event organisers a great insight into what they can expect from our power monitoring scheme and ongoing commitment to sustainability moving forward.

This Morning and Dancing on Ice co-presenter Holly Willoughby hosted the naming ceremony on March 2nd and was followed by live music in the evening provided by three-time Grammy award-winner Nile Rodgers and his band Chic. Claimed to be the largest ship to ever be launched at the UK cruise port, more than 3,500 travel agents from the UK and Ireland were invited on board to see the ship for the first time. 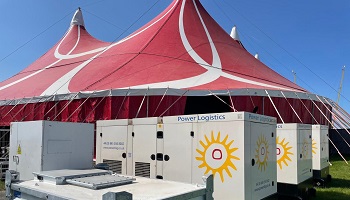 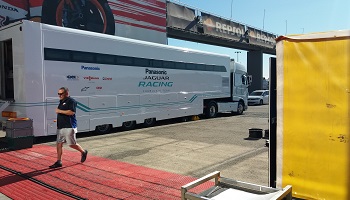 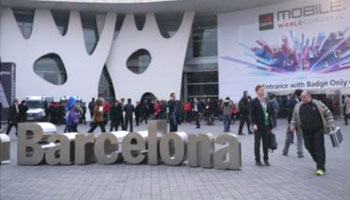 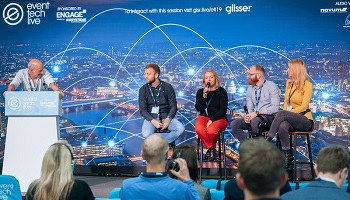 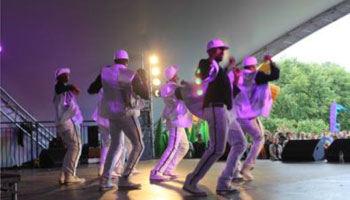